The following is not intended to serve as legal advice, but rather as a reference for information about protests and demonstrations in the District of Columbia. Specific legal questions should be directed to the National Lawyers Guild or a licensed attorney. This information applies only to the District of Columbia. Different laws and practices apply in Virginia and Maryland.

Information about cases pending can be found in the DC Superior Court’s online database. The database can be searched by name or case number and includes information such as the name of the defendant’s attorney, the charge(s) that have been filed by the prosecutor, whether the court entered a contribution order, the upcoming court dates in the case, pending motions, and the outcome of hearings that have already occurred. The only way to access or print the documents that have been filed in the case is by using the public terminals in the Criminal Clerk’s Office on the 4th Floor of the DC Superior Court (500 Indiana Ave NW). Bring your own paper.

DC has a unique criminal defense bar that is comprised of the DC Public Defender Service and nearly 200 court-appointed (CJA) attorneys who handle almost all of the criminal cases in the DC. The public defenders are only assigned to defendants facing felony charges. Therefore, most persons arrested during a demonstration will be assigned a CJA attorney.

The Defender Services Office (DSO), which is a division of the Public Defender Service of the District of Columbia (PDS), automatically assigns each defendant on the docket a court-appointed attorney prior to the arraignment hearing. The DSO can tell a defendant who their attorney is and how to contact them. DSO’s number is (202) 824-2830.

The arraignment judge will sometimes order a defendant to pay a certain amount towards their own defense. Before making any payments, a defendant should ask their lawyer about whether a ‘contribution order’ has been entered in their case and whether that order can be reduced or vacated.

At any time during the criminal case, including before the arraignment hearing, any defendant with the means to do so is free to hire their own private criminal defense attorney. That attorney must be licensed to practice in DC (or admitted through the pro hac vice process) and file a praecipe with the Criminal Clerk’s Office indicating that their client would like to terminate the representation of the court-appointed attorney.

DC has a unique criminal defense bar that is largely comprised of the DC Public Defender Service and nearly 200 court-appointed (CJA) attorneys who handle the vast majority of the criminal cases in the DC. Hence, there are relatively few private criminal defense attorneys in DC, and only a fraction of those attorneys are affiliated with the DC NLG. While the DC NLG is usually unable to provide direct legal representation, we can provide other services such as legal information, courtroom support, and assistance to your defense counsel.

Please consult the NLG Referral Directory for a list of NLG-affiliated attorneys.

Please consult the Public Defender Service website for more information about their services.

*Please note that the DC NLG is prohibited from speaking with a defendant about their case unless we have explicit permission from their attorney.

Communicating with Others After an Arrest

DO NOT talk to anyone about your case or write anything down without first discussing the potential ramifications with your defense attorney. The only confidential conversations a defendant can have about what happened before, during, and after their arrest are with their attorney. There is no Facebook friend privilege. There is no parent-child privilege. Even spousal privilege is not absolute. This means if a defendant talks about the charges pending against them and any conduct they or others may have engaged in with anyone other than their attorney, that person could be subpoenaed to testify against them. A defendant should not talk to anyone or write anything down related to the case without first speaking to an attorney.

Also remember that the DC Superior Court (or any court) is not a secure place. There are police officers, U.S. Marshals, police investigators, and prosecutors throughout building. Please remember that when you are in the courthouse and be very careful about what you say. The same goes for jails, prisons, and police vehicles.

A subpoena is a legal order requiring (1) a person to appear before the judge in a court proceeding or before a grand jury or (2) a person to submit to the court or grand jury all documents, information, or other items as specified in the subpoena. Any defendant who receives a subpoena should contact their defense attorney immediately to discuss how to respond to the request.

There is a particular danger with subpoenas for electronic information under the control of a third party (emails, text messages, etc.). The prosecutor may not notify the defendant before issuing a subpoena for electronic information, because the person who will receive the subpoena and decide whether or not to comply with it is the general counsel or attorney for the party that is in control of the data. That person will decide whether to oppose the subpoena or disclose the requested information. Defendants should talk to their defense attorney as soon as possible after their arrest to discuss whether any steps can be taken to protect against a subpoena and how they will respond to a subpoena request from the prosecution.

Overview of the Court Process

Arraignment is the first court hearing in the case. Arraignments are conducted in courtroom C-10 (unless the case is being heard in federal court). Citation arraignments start at 10 a.m. on Tuesdays, Wednesdays, and Thursdays. Arraignments for persons who were detained overnight start at 1 p.m. on every day except Sundays. A small subset of protest charges fall under the traffic code. Those cases are arraigned in the traffic courts (courtrooms 115, 116, 120) at 9:30 a.m. on Tuesdays, Wednesdays, and Thursdays.

The arraignment is also when the court determines a defendant’s pretrial release conditions. The federal and local criminal courts ended their use of cash bail several decades ago and instead rely on the Pretrial Services Agency to help determine whether their is any reason to believe the defendant would be a danger to the community or a flight risk if released. The vast majority of defendants in DC are released before trial. However, defendants are often required to comply with one ore more pretrial release conditions, such as avoiding further violations of the law, weekly check-ins, drug and alcohol testing and treatment, and staying away from the persons and/or places involved in your arrest. After the arraignment, the case is assigned to the criminal judge who will oversee the case until it is resolved.

Defendants must attend all status hearings in person unless the court has given prior permission on the record for the defendant’s presence to be waived. Willfully failing to appear at a court date could be treated as a violation of a release conditions and result in sanctions, up to and including revocation of release and pretrial detention at the DC Jail. Failing to appear at a court hearing can also be charged as a separate offense. Any defendant who is unable to appear at a court hearing for whatever reason should notify their defense attorney immediately so they can attempt to reschedule the hearing or perhaps request a waiver of the defendant’s presence.

In the DC penal system, pretrial diversion refers to a procedure in which the prosecutor offers defendants it deems eligible the possibility of the charges being dismissed if the conditions of the pretrial diversion agreement are completed. Eligibility for pretrial diversion usually requires passing one or more drug tests (cannabis excluded).

Probation is a period of time during which a person who is convicted of a criminal offense must follow certain conditions imposed by a judge or risk being sent to jail. The prosecutor often will offer to request the judge impose a period of probation in exchange for the defendant pleading guilty. The Court Services and Offender Supervision Agency monitors individuals who are placed on probation. A person can only be placed on probation if they consent beforehand.

The primary benefit of probation is that it usually allows a person to avoid serving jail time. However, the primary disadvantage is that it keeps the person within the control of the court and the probation department, often for six months or more. Any violation of the conditions of probation, no matter how trivial, could lead to further court hearings or the revocation of probation and a jail sentence.

A defendant always has the right to reject any offer of pretrial diversion or to plead guily in exchange for leniency and take their case to trial. In DC, most protest charges are not eligible for a trial before a jury, but are instead heard before a single judge. That judge will decide at the end of the trial whether the prosecutor has proved guilt beyond a reasonable doubt. The defense attorney can help their client decide whether to proceed to trial or resolve the case through some other means.

The DC penal system, including the prosecuting authority, is largely under federal control. The US Attorney for the District of Columbia prosecutes the vast majority of criminal offenses in DC. The Office of the Attorney General for the District of Columbia retains jurisdiction over a small number of criminal offenses, which includes a few protest-related charges contained in the traffic code.

The vast majority of criminal cases in DC are heard in the DC Superior Court. In many cases, the prosecutor also has the option of bringing in the case in the Federal District Court for the District of Columbia However, the US Attorney’s Office has historically only charged a small number of demonstrators in federal court. The cases that are filed in federal court usually contain exacerbating circumstances that led to that decision.

Legal Solidarity is a decades-old strategy whereby arrested peoples unite together in order to lessen the impact of the court system on the group as a whole. Typically, people collaborate with each other by making decisions as a group–when people unite together they are far more powerful than they are as individuals, and this principle can also be true in court. The goal of Legal Solidarity is to make people safer. For example, during incarceration, police often target specific groups, such as transgender and gender-nonconforming people. Legal Solidarity may help to combat or deflect such selective policing practices. A similar practice occurs in court with the prosecutor targeting certain individuals such as known organizers, people of color, and immigrants for harsher treatment. Defendants should discuss this strategy with their lawyer. The Midnight Special Law Collective Legal Solidarity Manual is an excellent guide for more information and a way to find additional resources. 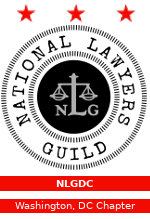