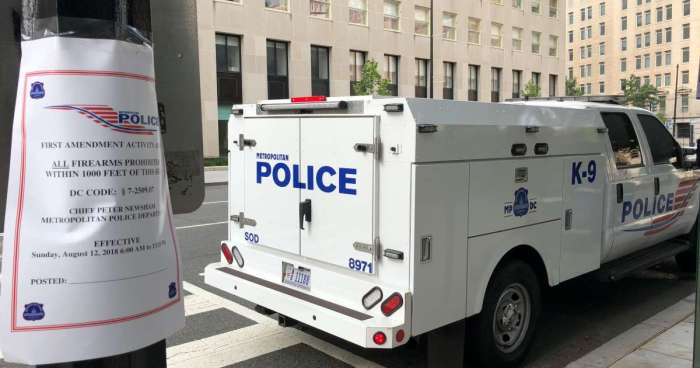 In DC, there are dozens of law enforcement and private security agencies with overlapping jurisdiction. Many of these agencies have specialized missions and would not typically respond to a protest or demonstration. The police agencies most likely to respond are: